Are you part of the C-suite community?

A whopping 68% of Fortune 500 CEO's don't have any social presence whatsoever, according to a study by CEO.com and DOMO. Of those, 213 engage on only one platform. 74% of CEOs who only participate in a single network join LinkedIn first.

Gone are the days where chief executives can hide behind boardroom doors. There's a growing expectation from consumers and employees that leaders of companies should embody the brands they represent – and demonstrate that commitment by being visible and accessible on social media.

At minimum, you want to at least be set up on Twitter.

More and more frequently, people are visiting Twitter to see if company executives are present. Prospective customers want to see that there’s at least one personality behind an organization. If there is no profile to be found, it sends a message that your organization isn’t open to conversation, much less for business.

A completed profile with a few tweets is better than no profile at all. Case in point: GM’s CEO, Mary Barra. She’s not very active, but she’s present and responds when tweeted at. Her profile is well crafted, demonstrating brand values and openness and is used as a crisis management vehicle.

If you haven’t already, customize your Twitter profile to a) make it look spiffy, b) inform potential followers who you are, and c) provide a reason why you’re worth a follow.

Virgin CEO Richard Branson does this well. His Twitter profile is complete with a close up photo, a custom background/cover photo, a short bio, his location and a URL pointing to Virgin.

Once you have your profile up to snuff, it’s time to work on growing your audience. Growing your following is about being visible any time your followers and future followers are viewing their feed. So how can you be present non-stop without having to be logged into Twitter and tweeting non-stop?

The answer is three-fold:

You can do all four of these things with HubSpot Social Inbox, (below) but if you don’t use HubSpot, there are a few other tools you can use to tweet 24/7, including Hootsuite and Buffer.

Additionally, HubSpot, Hootsuite and Buffer have Chrome extensions that allow you to schedule and share links to content you find anywhere on the web without having to leave the page.

Whether you choose to use HubSpot or some other social sharing tool, the point is to save time and become more efficient by:

When it comes to Twitter, it matters less where the content you tweet came from and matters more that it’s plentiful, entertaining, educational or otherwise valuable to your existing and future followers.

Your second greatest opportunity for growing followers, other than tweeting around the clock, is to follow people and add them to Twitter lists. Since people get notified via their email and activity feeds when you do these things, they’re more likely to notice you and follow back.

CEO's who participate on social media are able to build better connections and a stronger network. And – most importantly – these connections can turn into customers, partners or employees down the line. Simply put, getting social is good for business. 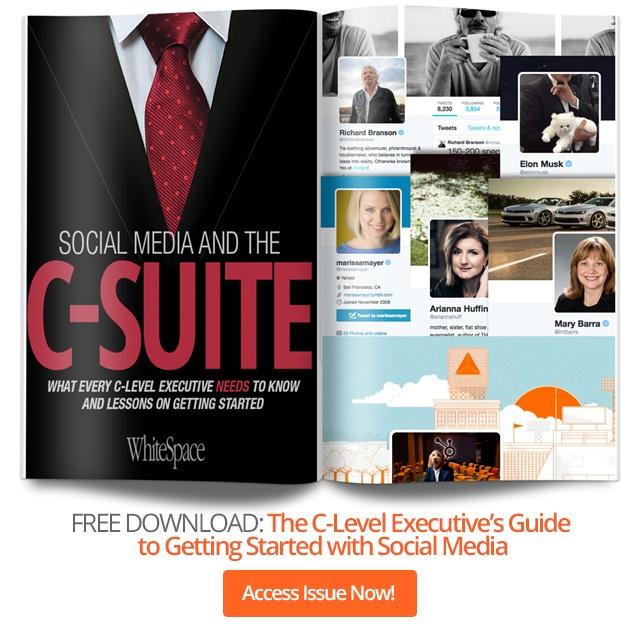