How to leverage real-time video streaming for your marketing

Have you heard of Periscope?

Both Periscope and Meerkat are gaining a lot of attention lately as the subject of real-time video streaming on Twitter heats up.

Before we go any further, let's assume that you're new to these two apps and we'll play a little catch-up by providing a brief overview on each.

Essentially Meerkat (launched Feb.27) and Periscope (launched a mere few weeks later) are new iOS apps that let you create live streaming video that connects to your Twitter account, allowing you to tweet links to your live stream, so that followers can tune in and see/hear what you're doing in real-time.

Periscope is owned by Twitter, and the other is a baby startup. They're very similar in terms of purpose and functionality, though they vary widely when it comes to features and look.

It looks like Periscope has more options for customization, however it is currently only available for iPhone. So, if you use an Android phone, you will have to go with Meerkat.

Of course, there are other live video streaming apps and websites that exist. To name a few, there's Livestream, Ustream, Stringwire and Hang w/. Many of these apps are of a higher quality and allow you to embed your live video on your site or on social media, but they don't integrate with Twitter the way that Meerkat and Periscope do.

Let's take a look at the popularity of these various apps by looking at their interest over time via Google trends:

It's clear that Periscope and Meerkat are dominating the internet when it comes to mentions of each of these live video apps. Meerkat is actually on the decline, whereas Periscope keeps getting more popular. Periscope seems to be gaining momentum, but it's probably due to the fact that Twitter owns it.

How to leverage "live video" for your marketing
It's not hard for marketers to be enthusiastic and optomistic about the future of Periscope. Since this is a Twitter-owned app, we see it sticking around and being useful for quite some time. So, if you decide to start (or continue) using live video streaming for your marketing, we'd suggest jumping on the Periscope bandwagon. Don't believe us? Take a look at this Google Trends chart tracking each term's interest over time:

Although Meerkat was the talk of the town after its appearance at SXSW last month, its popularity was short lived. It's now clear that Periscope is also winning in terms of monthly active users. According to TechCrunch, Periscope has a 0.50% reach on iOS, whereas Meerkat only has an iOS reach of 0.15%.

5 Tips for using Periscope in your marketing

1. It's a bit too early in the game for there to be benchmarks for which will get you the most views. But, keep in mind that because Periscope is connected to Twitter, that's where you'll be promoting your broadcasts primarily – so do some research on your Twitter audience to find out when they're most engaged with your posts.

As for the length of your video broadcasts, remember that most people's attention spans are fairly short – especially on mobile. If your broadcasts aren't captivating from the get-go, users will likely stop viewing your stream.

2. Spend time coming up with a compelling title
The title of your video is the only thing separating Periscope users scrolling through the "Featured" or "Recent" streams section of the app from clicking on your broadcast. All they'll see is the title of the video and your name. Because of this, it's vital that your title describe what your video is and why people should either tune in now or replay your stream later (up to 24 hours).

Here are a few styles that make an effective title:

3. Make your broadcast easy to find
When you use Periscope, you'll have the option to do a private broadcast, share the broadcast on Twitter, and share your location. To get the most views, I'd recommend sharing your broadcast on Twitter and turning on the location tagging option. This way, you'll reach a bigger audience – and having your video on your Twitter feed gives it a longer tail strategy.

Posting on TwitterIf you turn Twitter sharing on, then your broadcast will be shared with your Twitter follower in a tweet that follow the following formula: LIVE on #Periscope: [Video Title] [Link to Video].

There's no option to customize tweets yet. The broadcast will expire after 24 hours, and anyone who clicks on the link will be redirected to a page encouraging them to check out your broadcasts and download the app.

4. Respond to comments live
One of the coolest features on Periscope is that people who are watching your stream in real time can comment and "like" the broadcast (which show up as hearts, like on Instagram). Other viewers are able to see these comments and the number of hearts your video has. Acknowledge or even respond to these comments out loud on the live broadcast to encourage engagement and make the experience feel like more of a two-way conversation.

The number of hearts you get helps you get your username ranked in Periscope's app under "Popular People to Follow." There's also  a "Most Loved" section in the app that lists users with the most total hearts from all broadcasts.

5. Experiment
Since Periscope is still so new, there aren't solidly defined ways to use it, especially for brands. This is a unique opportunity for you to experiment with different ways of using it and what type of content your audience likes most.

Periscope lets you analyze a few key stats you'll want to keep track of while you're figuring out what works. Once your video ends, the app lets you see how many live viewers you had, how many viewers replayed your video, and how many hearts your video received (this number updates automatically as users continue "liking" your video from the time it end until it expires).

Finally, as you experiment with different recording environments, keep in mind that background noise is easily picked up by microphones – (like the live beach location that was so windy I could barely hear) so you'll want to make sure you're in a relatively controlled environment if doing a more serious or professional broadcast.

Conclusion
Why should marketers care about live video streaming? Time spent watching video on mobile devices increased 160% year over year in Q4 of 2013. Additionally, mobile video viewers will watch an average of 21 hours per month on their devices by 2019, up from 12.7 hours in 2013. Live video streaming is here to stay, and marketers will need to get onboard if they want to stay relevant. Not to mention, using live streaming apps like Periscope and Meerkat can help you humanize your brand and supplement an inbound marketing campaign. 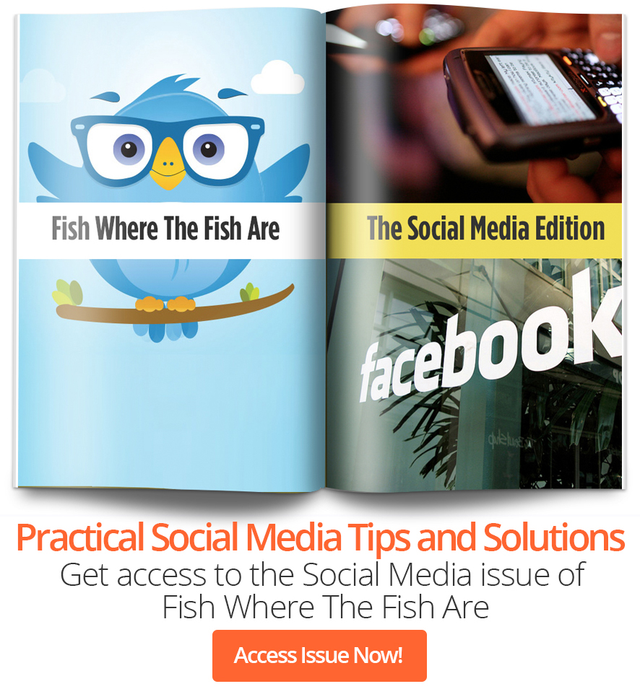