Would you like to clean up all those followers who don't follow you back? There could be hundreds, maybe even thousands of followers that are totally useless to your account. And that's not good.

You should never approach Twitter with a quantity over quality mind-set.

You're far better off having an engaged Twitter audience with less followers than it is to have a huge following with inactive, irrelevant, and possibly fake followers.

To achieve any kind of Twitter success, you need a well-managed account that includes a "real, engaged active" audience.

So what do you need to do to clean out and freshen up your account?

That's what we're going to help you with in today's post.

A recent study revealed that up to 40% of users on Twitter are inactive. Some of those dead accounts may be following you, and there's never a good reason to continue to follow inactive accounts.

Unfollowing inactive accounts on Twitter is important for the following reasons:

There are numerous tools out there that can help you do this. I manage my Twitter account using a third-party app called ManageFlitter.

I mention this because I'm going to show you how I perform this exercise using their tools. I just happen to think that ManageFlitter is the best out there. Others include Hootsuite, Tweepi, UnTweeps, FollowFilter, Crowdfire and iUnfollow.

ManageFlitter uses a powerful inactive filter that discovers Twitter accounts who have not tweeted in the past 30 days. Using their Unfollow feature makes it real easy to do. And if it's easy to do, you can repeat this (purging) process more often.

1) Log into ManageFlitter and navigate from Manage to the "Unfollow"

ManageFlitter "Inactive" shows you how many people you are following that have nothing to say! (At least within the last 30 days). So let's get rid of them. In the sample below, there are 489 users that are listed over 5 pages.

Check off all the users that you'd like to unfollow. I would start at the back (page 5) as those are the oldest in your account. You may have just started to follow some users who have not responded back to you yet and those would probably appear on page one.

3) "Unfollow"
Once you've checked off all those inactive accounts, you'll want to "Process" them. Go to Manage, navigate to Process and start to Unfollow. Hey, if you get tired of clicking, you can actually outsouce tasks like this and ManageFlitter will do it for you – for a fee of course.

I'll bet most of us have them.

It doesn't make much sense to have someone following you if they are in a completely different niche. If you're a beginner with Twitter, don't be flattered when seemingly random users follow you prompting you to follow them back.

You want to talk with influencers, people who share your interests, people who work in your field and potential clients. And they'll be more likely to respond when you reach out to them.

If they have no direct link to your industry or business, cut them loose, and better still don't follow anyone who you don't feel will be of value to you.

So how do you Unfollow your irrelevant followers? Well you could delete them all and start over. Okay, maybe not, but the more sensible way (although it will take time) is to go through your followers list, look at each profile and decide if it's worth the follow.

With ManageFlitter this process is managed much the same as we outlined in Unfollow Inactive Accounts.

This is a feature that's quite often underused, yet it's a great way to tidy up your account. So if you haven't set up a Twitter List, you should, and I'll tell you why.

Which makes it very difficult to keep up with them all, which you won't. What you want to be able to do is follow those people that you think is appropriate to you without totally ignoring all your other Twitter followers. Enter Twitter Lists.

@MarieSmith has over 160 favourites in her list. You can create lists of individuals or groups and have as many as you like.

In addition to creating lists for yourself, other people might find your lists useful and can subscribe to your lists. Your lists can be 'public' or 'private' meaning that anyone can access your list or you can keep a list private to you only. Twitter shows you how to create and use lists here.

4) Freshen up your profile?

You probably hopped on the Twitter bandwagon many years ago. Which means that you probably haven't attended to your bio since then. So, now may be a good time to re-review your profile picture and bio.

Your bio is your public identity on Twitter. People only know as much about you as you tell them. If people know who you are and your expertise, then the right ones will follow you. Having a succinct, compelling profile is more critical on Twitter than anywhere else.

Think about it; every time you follow someone, they will be asked to make a decision on whether to follow you back. So it's imporant that you provide the right details that attract the right followers.

While you're cleaning up your profile, why not review your Twitter header at the same time.

The header image is the image that lies right behind your profile photo and bio, like the image below.

Take a look at your header image, are you underutilizing this space? First impressions can't be repeated, which brings me to my fourth tip; use your bio and your branding effectively. Your banner on Twitter is prime real estate and you want to ensure your business is positioned to be a big first impression.

It's time to put your creative cap on and prove that you're more than just a plain blue background.

I've included a few samples of how other brands are treating this space. Look at your header as an opportunity to promote your business. Kinda like a billboard.

Did you know that you can promote some of your own content on your profile page using pinned tweets?

Twitter allows you to pin one tweet at the top of your profile page so anyone who visits your profile will see that tweet first. It offers a sense of the kinds of things you tweet about. Plus, your pinned tweet can send people directly to your website or a targeted page such as a free ebook offering.

All you have to do to pin a tweet is click the ellipsis (the "3 dots" menu circled in image below) and select "Pin to Your Profile Page."

Now it's your turn

Managing an effective Twitter presence requires regular maintenance (at least every once in a while) to take stock of your Twitter account. Have you used any of these recommendations? Are we missing anything? Don't be shy, we'd love to hear from you.

Don't forget to connect with me using the links in my profile.

Have an amazing day.

PS: Here are some other related posts:

15 Simple tips that will help you get more Twitter retweets 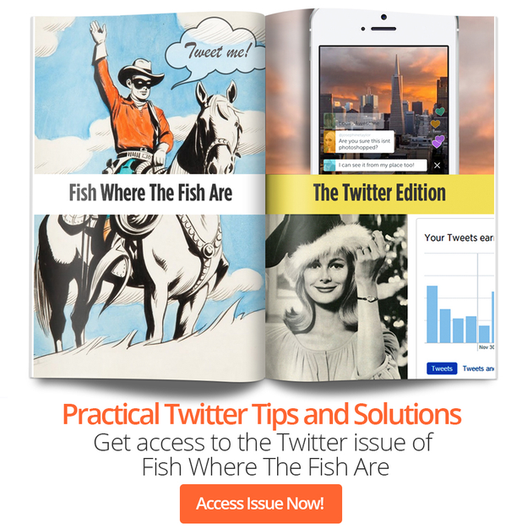